It’s a well-known fact that people are the biggest threat to an organisation’s systems.

But while you may think that we’re referring to careless end users, who enjoy (often justified) reputations for leaving laptops on trains or throwing hard drives in bins at the back of the office, we want you to focus your attention on the other human element: the humans on the other side.

It’s an often-overlooked fact in a world of botnets and other automated threats that it’s still more often than not human beings that will enter a system and pick up where their bots left off.

Logically speaking, the perfect way to take on people is with more people. Especially as security operations are becoming increasingly more complex, both with bigger security teams and IT operations teams, and waves of technology that come with that complexity.

A highly trained, proactive member of security personnel who doesn’t just detect threats but, as the name suggests, the Threat Hunter actively hunts them down with the level of extreme prejudice a human attacker also uses. They can make decisions quickly and wisely, with human judgement.

Given the right technology and support, the Threat Hunter can monitor entire infrastructures continually, closing the gap between IT and ops teams.

This websem will explore the enterprise’s current experience, readiness and potential for the Threat Hunter in an organisation, as well as investigating the potential security benefits, cost-savings and even ROI that can come about from placing specially-trained humans inside a Security Operations Centre or similar business function.

We will also investigate the growing reality of cyber security threat insurance, and assess its place in the modern enterprise.

He has 15 years of experience in news and magazine journalism, and has edited such titles as Trade & Forfaiting Review, Inside Knowledge and Managing Information & Documents. 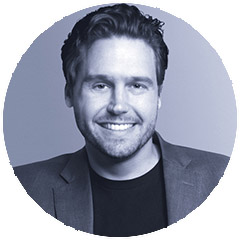 Scott Lundgren leads product development for Carbon Black, including both on-premises and cloud products. Lundgren has experience across the commercial software and services space, starting when he co-founded an Internet Service Provider in 1995 and including companies as large as Microsoft.

He has held technical and leadership positions in the offensive security space and has a deep understanding of both the technical aspects of computer and network security as well as how to build engineering teams for these areas. Lundgren earned a bachelor’s degree in electrical engineering and applied physics from Case Western Reserve University. 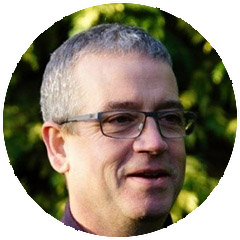 Bob Tarzey worked as an analyst at Quocirca from October 2002 to March 2018 and is now working as a freelancer. His main areas of coverage are IT security, operational intelligence and on-demand services. He also covers route to market for IT vendors to enterprises, the mid-market, small businesses and the public sector. Bob continues to write analysis for various industry publications and acts as judge for industry awards.

Bob writes regular analytical columns for Computing, Computer Weekly, TechRepublic and Computer Reseller News (CRN), and has written for The Times, Financial Times and The Daily Telegraph. Bob blogs for Computing, Info Security Advisor and IT-Director.com. He also provides general comment for the European IT and business press.

Bob has extensive knowledge of the IT industry. Prior to joining Quocirca in he spent 16 years working for US technology vendors including DEC (now HP), Sybase, Gupta, Merant (now Serena), eGain and webMethods (now Software AG). 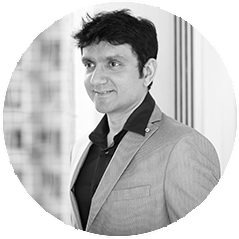 Tarun Samtani is the Group Data Protection Officer for Boden Group. Boden is a British clothing multi channel retailer selling online, by mail order and with a high street presence. Boden sells in several marketsacross UK, Europe, US, Asia and Australia. Tarun holds over 20+ years of experience across various sectors like Telecommunications, ISP's, Financial Services, Gambling, Retail and most recently Pharmaceuticals. Tarun has worked across UK, Europe, Asia & Middle East on different assignments. He has a wealth of experience in Cyber security & Data privacy and is passionate about securing business information landscape. During the course of his career Tarun has been involved in the strategy & planning, design, architecture and implementation of a significant number of information security programmes. His specialisations include strategic board advisory, building roadmaps planning through delivery of security / privacy programmes including Building a security aware culture, Data Security, GDPR and Data loss prevention.